**Author’s note: I started writing this almost 4 months, which just solidifies my role as a perpetual prodigal daughter, I can’t even commit to writing a post about my lack of commitment. 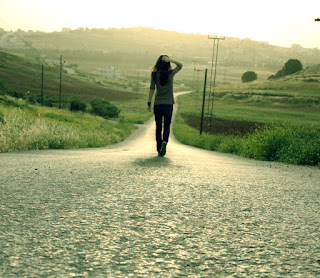 Recently I was standing in my kitchen on a lazy Saturday morning making pancakes.  And I suddenly had this vivid recollection of a time I was 17 and gave a talk about faith for a freshman retreat.  I stood up in front of a bunch of 14 years old and I spoke of the trials I had faced, the testing of my faith, and the ultimate comfort of leaning on Christ.  I really thought I was something, inspiring these younger kids with my tumultuous teen years and deep, wisdom-filled faith.  I laughed out loud at the memory.  I had no idea.  What I thought was a trial and the most difficult times of my life, seem trivial now.  And I have a hard time recollecting anything of my faith that was not based on either feelings or what I had been taught in 13 years of Catholic school and 4 years of youth group and teen Jesus conferences.

I’ve always been a bit arrogant, so it’s no surprise I thought I had my shit together.  It didn’t help that I had peers tell me I was an “inspiration”.  I still have a tendency to be over confident.  But now, 15 years later, I no longer feel like an inspiration, and while I am confident in my Biblical knowledge, I often feel like a perpetual prodigal daughter, making the same mistakes over and over again.

I need Jesus like I need oxygen, and yet I find myself in long periods of suffocation, holding my breath, refusing the life-giving supply I’m freely given.  I’ve been a stubborn child wanting to feel Him, to feel Jesus’ arms wrap around and rescue me from the storms of this life.  But when He doesn’t provide escape in my time I start to doubt His plan and His timing.

I’ve been inconsistent, much like my 17 year old self.  I’ve spent weeks and sometimes months in prayer and study, only to be easily distracted by Netflix and the resounding sound of my own lamenting.  In my distraction I spend even longer weeks and months muddling along, grasping at only the least of what He offers. I’ve spent so many cycles seeking forgiveness and grace only to subsequently squander my inheritance over and over again.  Seriously, I annoy myself.  I can’t imagine how frustrated my Heavenly father is with me.

And yet.  There is He is, waiting for me with open arms, waiting to throw me a party and remind me how much I am loved.  The enemy tries, and many times succeeds, in convincing me that I have to fight my way back into the Lord’s grace, that I have to spend X hours in study and Y hours in prayer before I can fully receive grace.  But the grace is always there, and like the footprints on the beach, God has been with me this whole time.

I haven’t felt Him there.  I haven’t felt His presence or heard His voice in such a long time.  I’ve become too accustomed to the sound of my own voice to listen to His.  My faith has faltered too many times and I feel God is calling me to have faith stronger than that arrogant 17 year old. To believe in His presence, even though I can’t feel it.  To trust in His plan even though my emotions try to tell me there is no plan.  To turn to Him and to rely on Him through the silence.  To stop eating the scraps thrown to the pigs, but to grow up and grab ahold of the glory waiting for me. Even if I don’t feel like it.
Posted by Carla@3-foldcord.com at 8:40 PM