My mother is dying. She’s been dying for 9 years, it’s just more evident recently.  There is a lot written on grief and many times if I see an article about it, I can’t help but click and read it.  If I don’t have the time for the reading or for my own emotions evoked by such reading, I send myself the link so I’ll read it later.  I rarely pass over such articles.  I’m sure this says some about me, but I’ll leave the psycho-analyzing up to my husband.

One such article from The Guardian particularly drew me because it wasn’t just on grief, but on the pain of losing mothers.  The article resonated, though there were a few aspects I disagree with most likely because I have a different world view than the author (more on that later).   I also grimace a little at an article that makes losing a parent seem like the epitome of grief. I’m not one to compare and compete for burdens, we all are living very different lives, and we can’t ask others to understand a perspective they haven’t lived.  But I have watched a handful of people lose a spouse, and from observing that grief, I am thankful for having not walked it.

One such line from the article that spoke to my personal perspective is, "We have not “lost” our mothers. We say that to be polite, but in truth, we have become un-mothered, like Marie Antoinette was un-headed or that wilderness hiker who sawed off his arm was un-handed. It feels violent. It feels raw and fundamental, a pain that reaches all the way down to your ligaments and bones. Our mothers were our first firmament, literally, our first homes." 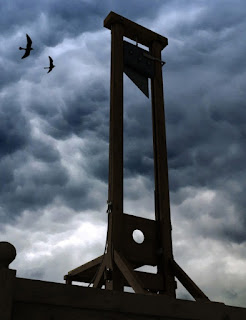 I have felt this amputated unmothering.  It is raw and violent, but with Alzheimer's it's prolonged and continual, like losing your hand multiple times through the years. It's slow at first.  Though you're aware of how much worse it can, and will get, you can't force yourself at the time to be thankful for small gifts, you can't postpone your grief for worse days. The first time your mother forgets your name, it tears at your soul.  It's hard to be thankful for the sound of her voice when her voice is asking who you are.

When my mom couldn't find my name in her jumbled mind, the pain was acute, like the unmothering referred to above. And yet, today, I would be thrilled to be called anything by her, as her relative silence cuts just as deep, creates just as much empty space now as her frustrated utterances did a few short years ago. Losing someone to Alzheimer's is slow torture, akin to having your hand removed, replaced surgically, and removed again and again. She disappeared slowly at first, when shock prevents you from grabbing hold of what you still have, until suddenly she's almost gone. And yet she's still here, so you're not allowed in The Grieving Children’s Club. She still needs care and love; she just lacks the ability to give it back. I don't bemoan this lack of reciprocation; she gave us so much love and care while she was still herself that I could not possibly repay what I've been given. I just miss sitting in the warmth of my mother's love.

My biggest fear is that in all this losing, and grieving, and caring; in the time it took Alzheimer's to erase my mom, that it is also erasing my own memories of a healthy mother, a pre-Alzheimer's mom. I was 24 when she was diagnosed; so much of my life and who I am has been decided and molded in these last 9 years and not the 24 pre-diagnosis years, which fuels my fear. What if ultimately the thing amputated is not a metaphor about losing my mother, but that my mother is amputated from me completely? That losing her has molded me more than being loved by her? 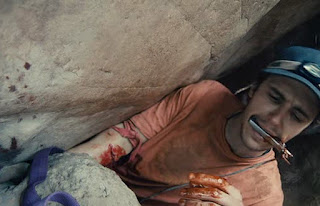 I have uttered these fears of forgetting my mother- that Alzheimer’s was stealing both her memories and mine to others who have lost parents and have been comforted with the assurance that the memories come back.  But, if I let myself, I dwell on this and I wonder if there is any of my mother in me.  If I have forgotten so much of her that I am like a daughter raised without a mother.  This then leads me to think about myself as mother, the years we’ve longed after a baby and children who aren’t mine who I’ve failed.  Then I start to think fears that I refuse to put in writing. Because this, my friends is a dangerous thought train to board.

See, while the article was insightful and true, it lacked something we all need.  Here’s where the differing world views come into play.  As a Christian, I’m supposed to be set apart.  I’m supposed to be part of a peculiar nation; I’m supposed to have freedom and peace.  Never, was it promised that Christians wouldn’t experience loss, wouldn’t grieve the loss of a mother…. Or spouse, or sister, or child.  We ache for peace is a fallen world as much as anyone.  What should be different? The difference is that peace is ours for the taking. The freedom from fear is given to us from Christ.

Philippians 4:6-7 tells us so.
Do not be anxious or worried about anything, but in everything [every circumstance and situation] by prayer and petition with thanksgiving, continue to make your [specific] requests known to God. 7 And the peace of God [that peace which reassures the heart, that peace] which transcends all understanding, [that peace which] stands guard over your hearts and your minds in Christ Jesus [is yours].

There are many more passages about faith, about peace, about a God who is with us through the storms, a God who holds us through life’s torments.  Christ is there, but as in every relationship, we must also do our part.  We must turn to Him for the comfort, we must seek Him.  I’m not always great at that-as you can tell from my previous post.  I’m not going to claim that Jesus makes me stop missing my mother’s love- it still hurts to lose her- but I’d rather walk through that pain with Christ strengthened me than attempting to walk through it on my own.

But this God that stands guard over our hearts and minds; this Christ who died to provide us with salvation? Surely He can salvage memories from the ashes of my mother’s illness.  He raised the dead, I’m confident he can heal my metaphorical amputation.
Posted by Carla@3-foldcord.com at 11:11 PM