Confessions of a Christian Cracker

As a Caucasian male-American I pretty much came out of the womb feeling ashamed. Oppression, racism, misogyny, KKK, The Trail of Tears, etc., etc.… appear to be way too much for a white man in America to rise above.
Read more »
Posted by Mark@3-fold Cord.com at 5:30 AM 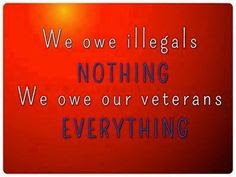 I have seen a lot of proselytizing lately, mostly by the conservative religious right, stating things like: “Veterans should come before migrants!” or “Veterans needs should come before illegals!” As a United States citizen you would be hard-pressed to disagree; and if you did, you more than likely will be labeled a liberal kook, or worse yet, an ISIS sympathizer. While this propaganda machine steamrolls along, and so many angry individuals hitching their patriotic wagons to it, I wonder if they have ever considered that this just might be a political trick bag?