Sometimes all I hear in my head is the resonating refrain of my own wants and desires. 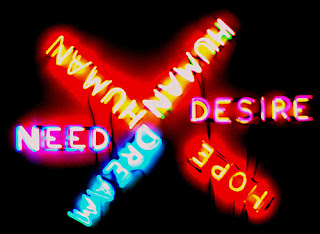 I want to lose weight.

I want to have more time to read.

I want to have more time to write.

I want to spend my days languidly drinking coffee and discussing literature with my husband.

I want the words I speak to sink in and mean something to the person I speak to.

I want my family to visit more.

I want a baby.

I want a maid.

I want to matter.

I want my mother to be healed.

I want to sip more wine.

Last month you were either angry at Chick-fil-a, or you were angry at the people who were boycotting Chick-fil-a. Well at least that’s what everyone was angry about the first week of August. By the third week most people had transferred their rage to something else. Some people are mad that Mitt picked Paul and that they both wear pleated khakis. Others are angry that Obama keeps talking about anything besides the economy. Either way, everyone is pissed off and chances are everyone feels righteous in their indignation. If you’re pissed, and you’re righteously pissed, it seems that you can be both hypocritical and rude in your anger- but never wrong.  No one is ever wrong in their anger. It’s cool, everyone is doing it, so go right ahead, be an asshole to those you disagree with. Your point of view is, of course, right and anyone who has a differing point of view is, of course wrong, and deserves to endure your spewing vitriol. But that seems to be all anyone has to offer. If you are angry that the rights of a group of people are being infringed upon, you can offer your anger. If it’s obvious Paul Ryan blatantly lies at the RNC, you can offer your anger.  Everyone spews their opinions all over facebook, twitter, and the blogosphere. People who disagree are disrespected, threatened, and made fun of. But it seems that all anyone has to offer is their poorly framed, hate –filled statements. No one takes any action. No one risks anything but an unfriending  and some angry comments on the internet. No one moves. Everyone sits idly slinging insults at faceless opponents. No one actually takes a stand. It is so much easier to sit around and stew in their anger.