Last month you were either angry at Chick-fil-a, or you were angry at the people who were boycotting Chick-fil-a. Well at least that’s what everyone was angry about the first week of August. By the third week most people had transferred their rage to something else. Some people are mad that Mitt picked Paul and that they both wear pleated khakis. Others are angry that Obama keeps talking about anything besides the economy. Either way, everyone is pissed off and chances are everyone feels righteous in their indignation. If you’re pissed, and you’re righteously pissed, it seems that you can be both hypocritical and rude in your anger- but never wrong.  No one is ever wrong in their anger. It’s cool, everyone is doing it, so go right ahead, be an asshole to those you disagree with. Your point of view is, of course, right and anyone who has a differing point of view is, of course wrong, and deserves to endure your spewing vitriol. But that seems to be all anyone has to offer. If you are angry that the rights of a group of people are being infringed upon, you can offer your anger. If it’s obvious Paul Ryan blatantly lies at the RNC, you can offer your anger.  Everyone spews their opinions all over facebook, twitter, and the blogosphere. People who disagree are disrespected, threatened, and made fun of. But it seems that all anyone has to offer is their poorly framed, hate –filled statements. No one takes any action. No one risks anything but an unfriending  and some angry comments on the internet. No one moves. Everyone sits idly slinging insults at faceless opponents. No one actually takes a stand. It is so much easier to sit around and stew in their anger.

And what is everyone so freaking angry about anyways?  Everyone is SO angry these days. I mean, how can the pleats on someone’s khakis piss you off so much, and how can the opinion of a CEO make you want to punch those who support his company. I understand boycotting. I understand standing up when rights are infringed upon. Hell, I even understand making fun of a candidate’s poor style choices.  What I don’t understand is the burning anger and hatred that has seemed to infest this country. It’s like being angry is the new chic thing to do. Pinterest, that’ s so last year.  Selective outrage, that’s what’s in now.
The outrage is selective, and it usually doesn’t fit the crime. If you never ate at Chick-fila to begin what the hell is your problem? If you want to fight for marriage equality, do it. Don’t spew vitriol like hot lava across the internet and call it good. And for Pete’s sake if you are fighting for the rights and respect of one group of people don’t infringe on the rights and respect of another in the process. It makes you a hypocrite, which seems to be as popular as misplaced, selective anger. Because in my world (and maybe I live in a dream world) if you’re angry that a fast food chain doesn’t support gay marriage, you should be just as angry that Nike has children working in sweats shop around the world. If you’re angry that politicians lie to you, than be angry that a democracy should allow you to choose from more than 2 similar parties when electing a leader; or better yet, be angry that that our child welfare and social services are strapped for cash and employs corrupt individuals so children are allowed to be abused or neglected in our own country.

I understand that we can’t be angry about everything. But maybe we shouldn’t be angry at all. Anger breeds disrespect and violence and many times stagnation. If we want change let’s find some balance and instead of being angry do something, educate yourself, and most importantly pray. This country is lacking balance and if you believed the media it is filled with hot heads who can talk a lot but rarely make a difference. If we relied on the guidance of Christ, if we lived in His peace, then there would be a whole lot less anger and a lot more movement. There would be more conversations and fewer arguments. There would be more change and less stagnation. I believe Christ is calling us to make a difference in our everyday lives, in our communities, and to actually live out our beliefs instead of ranting about them. 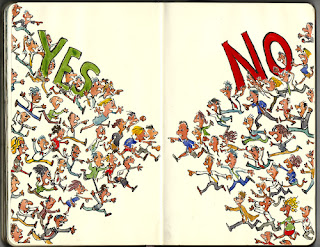 What about you? Are you angry?
Posted by Carla@3-foldcord.com at 1:48 PM