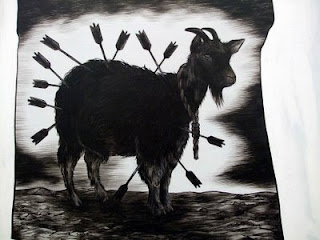 How many times have you heard the following from Christians:

As Christians it is very apparent that we come preloaded with the very versatile “Excuse Application” (and we’re not afraid to use it!) And to make things worse, we often use God as the scapegoat for our inadequacies and our failures. It seems that by evoking the name of God, we try to absolve ourselves of all culpability.

If we are using God as a scapegoat for not being obedient…shame on us!

Consider for a moment if the apostle Paul had used any of the above excuses for not being obedient to the Lord Jesus Christ? If he had, he would have probably remained blind in Damascus praying for Braille to be invented while passing the time by playing with his little "saul of tarsus"; that would have been a sticky - colossal failure!

Have you ever used God as an excuse for not acting on/doing something?

Are there any other excuses you would add to the list?