Schism Sunday Vol. XI: Is a Sin a Sin? 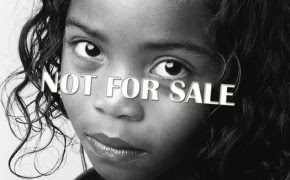 We’ve all heard of the idea that sin is sin, no matter what it is. We’ve heard that all sin is equal in the eyes of God. I think I’ve even liked this idea in the past; my sin as viewed by society could be better or worse than your sin, but because we are both trying to please God they are equally distasteful to Him. And equally forgivable by Him. But what if we’re wrong? What if some sins are worse than others? What if the notion of “A sin is a sin is a sin” just isn’t true?


This question has come up because earlier this week Mark and I watched a documentary on child sex enslavement and pedophilia. Men from the US and Europe travel to Cambodia, Thailand, and Vietnam to have sex with children because if they get caught there they can easily pay off officials and return home without a smudge on their record. I found myself wondering out loud, “How sick do you have to be to travel half way around the word so that you can harm children ‘in peace’?” The documentary focused a lot on the children harmed by sex trafficking and pedophilia. Boys and girls from 10-13 years old who were either sold to brothels or kidnapped from the streets were interviewed in the aftermath of their rapes and molestation. It was devastating to see the light gone from the eyes of these innocents. Looking into the faces of these sweet children and knowing that they were hurt in the worst way possible brought my husband to tears. My husband, who has worked in social services with the abused and neglected for 14 years was brought to tears by the stories of children half way around the world. This type of sin, this type of sickness surely has to be considered worse

than any other not just in my eyes, but in God’s. Or is it?


I am not questioning the ability of God to forgive this sin. I strongly believe in the redemptive power of Christ and the ability of everyone to be reborn. But I think it might be harder to be reborn from such depravity. And if no redemption occurs my flesh cries out that such individuals face the worst of God’s wrath in their eternal hell.


So tell me what you think/believe. Is all sin the same? Or can some sins be considered worse than others? I’ve found scripture that could or could not support both sides so please if you have them provide your own references.
**To learn more about the documentary Redlight click here.***To give to the Somaly mam foundation to stop child sex enslavement click here.
Posted by Carla@3-foldcord.com at 6:00 AM