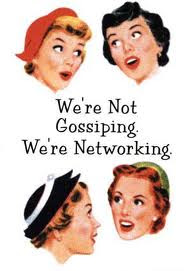 So we all know that gossiping is wrong. We know that it is a sin to backbite. We’ve heard the sermons; we’ve read the scripture. I think gossip and backbiting is one of the most confessed sins out there (we’re expected to gossip, it is so much easier to confess gossip than say lusting after a co-worker, or that sneaky porn addiction). But what about doing the opposite. Do we condemn actually speaking the things we say behind people’s back when we say it to their face? What has more integrity speaking harsh, words to someone’s face or behind their backs? Perhaps they are both devoid of integrity all together.

Let me paint a picture for you, albeit a vague picture because it involves my family (but my family doesn’t read this blog, so I really shouldn’t care to much, right? Oops, this might be gossip). A couple of weeks ago I found myself in a very stressful situation. It was a meeting to discuss something that was very upsetting (so upsetting that I thought I was going to vomit during the hour drive to the location and as soon as I was back in Mark’s truck after the meeting I bawled my eyes out). So anyhoo, in the professional aspect of the meeting I asked questions that I felt were important, but that were also scary and upsetting so it was difficult to control the tremble in my voice and the speed at which I spoke (I’m a fast talker naturally). During the personal part of the meeting (we were all related in some way) my previous questions were attacked, and I frankly told this person what I thought of them and their involvement. That person then retorted with “F--- you” (there were no hypens in her words though). And yet everyone in the group jumped down my throat for my words. I did not yell, I did not swear, I simply told this person what I thought. Ok so I said that she hadn’t helped out over the last few years during very difficult times so her opinion was not welcome now when she finally decided to show up(so much for nondisclosure). Everyone in the group of people I was speaking with had in the last 3 years had on numerous occasions said the same things about this person behind her back. They had all thought and said the same things I had but they never had actually confronted the person about how they felt. She swore and stormed off but I was the one criticized.

I am not going to try to understand the motives and actions of unredeemed people, but my question is, what is the lesser sin (if there is such a thing) to gossip behind one’s back or say something that might be hurtful to their face? Is it really better to vent about the hurt and pain a loved one has inflicted to other loved ones or is it better to spew out in front of them, even if the timing isn’t exactly right. It seems to me that some people pride themselves on composure and a perverse sense of politeness and find no harm in being an asshole behind closed doors. Is gossiping the go-to sin because we are all a bunch of ninnys who don’t have the guts to be real and honest with people? Is it really better to “keep the peace” just so that later over beers you can throw the peace under the bus?

I was also told that people were afraid to talk to me (about certain topics) because of what reaction I might have. This hurt me deeply and I asked what people were afraid of, had I ever in my life physically assaulted someone when they said something I didn’t want to hear? No, of course I hadn’t. But it seems that I possess the quality of always being open and honest about my opinions. 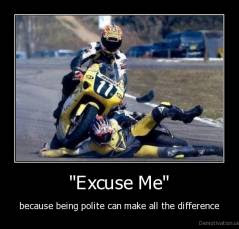 There are topics that I am passionate about and the tone of my voice when discussing the menu for the 4th of July barbecue is much different than when I am discussing, say, my mother’s impending death. In my world that differing tone is expected when someone is not trying to hide their true motives, opinions, and feelings (oh crap, I said the F word). But it seems in the world that other people live in that kind of honesty is reserved only for times of drunkeness, or at the very least a very private bitch session. Since when is being honest and passionate something to fear? Do people really prefer that you gossip rather than have to face truth and reality? I know that there are times to keep my mouth shut, but when our lives are being effected drastically is not the time to remain quiet. Has society gotten so used to smoke and mirrors relationships that they don’t know how to handle uncomfortable discourse? Do people really enjoy not knowing what their loved ones really think and feel?

So tell me which do you prefer? Gossip or harsh honesty?
Posted by Carla@3-foldcord.com at 9:55 PM