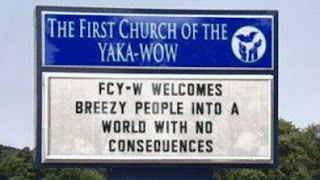 Mark has threatened that if I don’t write a blog post soon, he’s going to change the name of the blog from 3-fold Cord to 2-fold Cord. So as not to get booted from the amazing trio that is Mark-Carla-Jesus, I am taking heed to his pleas to get back behind the keyboard. And what better way to announce my grand return than to get back into our Schism Sundays.

Recently I heard a story about a couple that was active in their church. They were on the church council and participated in the worship band. Unfortunately the male half of this couple had a wandering eye, a wandering hand, and many other wandering body parts. He was playing an instrument in the band, but it wasn’t the one assigned to him. If you haven’t caught on this man was having an affair with a fellow church-goer- the French horn player to be exact. The story goes on that she is one of many mistresses and his wife leaves him. Though the French horner isn’t his only infidelity, he decided to pursue a “relationship” with her after his wife leaves. So the wife starts coming to church separately with their two young children and finds it difficult to explain to the kiddos why daddy is at church with his new girlfriend and why that seems to be ok with everyone. So the wife and kids leave the church- no one knows if they find another church- and Mr. Unfaithful and Ms. French Horny continue their relationship and remain at the church continuing to be active in multiple church groups and activities.

This story left a bad taste in my mouth. I never like to hear about infidelity, especially amongst those who’s outward life is a mask of godliness, but to hear that there were no consequences within the church itself for the public sin of these two bothered me. Now I’m not about scourging sinners at the altar or calling them out during service- it doesn’t leave much room for Christ’s forgiveness and Grace, but shouldn’t someone in the church leadership have said something to the not-so-secret lovers? Isn’t boinking a church band member whom you’re not married to grounds for removal from the church council? Is it really the church’s place to turn a blind eye to such obvious sin? Especially when the end result was three innocent church members becoming estranged from said church?


So tell me what you think? What is the role in the church in such matters? Do you agree that everyone pretends they don’t know about the public unraveling of a marriage? Is ok for someone to remain on a church council even though he’s broken a marriage vow and a commandment? I mean this guy wouldn’t even be allowed communion in the Catholic church. Is there a balance between consequences and grace? Should churches be holding it's members accountable for their actions?
Posted by Carla@3-foldcord.com at 8:47 PM