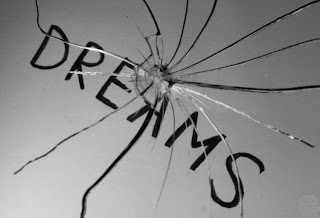 I went to my 10 year High School reunion about a month ago and I have a cluster college reunion coming up in a few weeks. And I’ve realized (like I’m sure most of us have at some point) that my life is not at all what I thought it would be. And you know what? I am so thankful for that.
Isn’t it funny, all the plans we make? All the expectations we have? All the tentative dates we set. Some of us stick by those dates, we’re married by 24, have 2 kids by 28, or have gone through 6 or 8 years of school and have letter after our names to spell out our academic accomplishments. Some people set goals when they are 16 or 18 years old and set out to accomplish them. Some people set very lofty goals and never go after them. I am one of those people. And guess what? I have no regrets. Because I finally understand why.

My plans are not always God’s plans. Even if I tried really hard to mold my so-called life plans into the plan’s of God’s will, they still haven’t always equaled His. I am not ashamed to say that I have just recently received clarity on this. But when you don’t know what life holds for you, how are you really supposed to have crystal clear vision. I’m glad my plans didn’t pan out, but I’m also glad I didn’t know the reason behind it. If I had known, it would have scared me too much.

But I’m being vague; I’m not explaining myself clearly. I will spill it out for you. I will suck up my pride and tell you about my lack of accomplishments in the last 10 years.

Recently someone called me Dr. Thielbar and I had to explain to them that I never went to medical school.

You see, for as long as I can remember I told everyone that I was going to be a doctor. My dream in life was to go to medical school. I had my life planned out and I will tell you that marriage and children were something that I figured would come along sometime in my 30s. Because I had a lot to accomplish. I planned on being a famous doctor who saved the world. In time I dropped the famous part and in time I realized that Christ already saved the world, and I didn’t have to. But I still dreamed of being a world traveling missionary doctor, serving God. But I never did.

People often wonder why in the world I have three science majors and two minors for just an undergrad degree. Well, I’ll let the cat out of the bag, I never planned on working in the non-profit, social-services sectors. I was pre-med. When you go to a private college with a rocking science program but no real pre-professional program you cover your bases and end up with a triple major. It was mostly on accident. Anyhoo, my plan was to take a year off from undergrad and then go on to medical school. I had taken a semester in Tanzania and gotten of course with the applications and MCATS process so I just figured I’d work for a year, save some money, and spend time with my family. I always planned on leaving the Midwest for medical school. 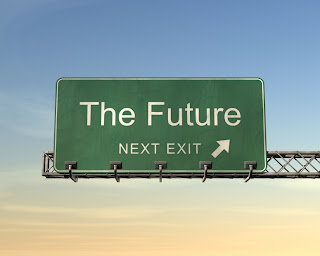 Well in that year “off” I found out my loans weren’t deferrable, I met Mark, and my mom got sick. Which is a pretty good reason not to apply for a year or two. But not for 5 years. I couldn’t tell you why I never applied. There were many times I really wanted to go back to school and I’d reopen my AAMC application and work on it. But I never finished it. For a while I was ashamed that I didn’t go to medical school. It hurt my pride. But the reality is I didn’t fail, I just never tried. I never applied. I took the MCATS and I got decent scores (though I wasn’t thrilled with them) but those scores have long expired. I never applied. I never followed through. I never completed my plans. And I didn’t know why.

It’s funny how God works. How His vision is complete. I never had the motivation to finish my lofty goal and I really truly believe it is because God was protecting me. The Holy Spirit never filled me with that desired because it would be detrimental. In the past two months I have experienced more pain, more crisis, and more emotional turmoil than most people experience over the course of years. I’m not trying to melodramatic or gain your sympathy, it is just as close to the truth as I can get without being too cooly removed from my own life.

I’ve had to grieve a mother who is still physically here but whose emotional and personal presence has depleted at rapid speed. I’ve been hurt, rejected, and betrayed by those who I love. I’ve had to deal with cold-hearted, distant, medical personnel and state “professionals”. I’ve received enough gut wrenching phone calls to last a lifetime. I’ve sobbed in the safety of my car in facility parking lots throughout a 50 mile radius.

Mark has been the most comforting presence. He deserves more in a wife than I can give. He is the best husband that I never hoped for. And Christ has been my strength, my tower, and my ever-lasting hope. And if I had followed my plans I’m fairly certain I would be sitting in a corner sucking my thumb at this point.

If I had gone to medical school after that year “off” I would just be finishing up and enduring the stress of getting matched to a residency program and passing tests. If I had gone at any other time I would be neck deep in cadavers and texts books. If I had followed my original plan I wouldn’t have met Mark or given him the time of day, I wouldn’t have re-committed to Christ and I wouldn’t have grown closer to Him. I wouldn’t have discovered His Word or believed His promises. I would have been ill-equipped to deal with my mother’s illness much less the last 2 months. So all those times I’ve prayed to do His will over the last 5 years, He was answering my prayers. By sabotaging my plans.
Posted by Carla@3-foldcord.com at 12:21 AM