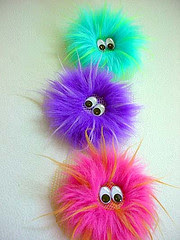 Last week I wrote about how I’m not proud to be an American. While I still stand behind the points that I made in that post, I do regret the title I chose. I think that perhaps my harsh title caused some to read my post with a perspective that I hate America (I don’t). Instead of seeing the point that we shouldn’t be proud of the circumstances of our birth and that our identity should be in Christ alone, and not in our heritage, race or nationality. In the very stimulating comments section that followed I was accused of being a *gasp* liberal. The shame! (love ya Donald!)

I’ve spoken on my distaste of labels before and I’ve also commented on how I don’t claim any denomination. But I also have a disdain for being pigeon holed into a political corner, especially in today’s two-party farce of a democracy. The truth is I don’t feel that I can fall on either side of the fence that separates the right and the left. If I use the Scripture as my guide, I don’t believe I can agree fully with the democrat or the republican agenda. As Shane Claiborne put it, “The liberals call me conservative and the conservatives call me liberal.”

So, against my better judgement I am going to lay out some of my political ideologies for all to see, just to display the difficulty of picking a side as a Christian. Please feel free to challenge my stances if you don’t believe they line up with Christian principals.

Abortion: Conservative. This is actually the issue that decided the last presidential election for me (Yes I just admitted to voting Mcain/Palin). I believe in the sanctity of all life and that life starts at conception. I do not believe that rape or incest are instances that should allow for abortion. I believe that God can work all things out for good, which is this case could be the life of the child. I also believe (and studies have shown) that abortion retraumatizes the victim and makes the process of healing even more difficult.

Immigration/Amnesty: Mostly liberal. In the Old Testament God tells the Israelites to welcome strangers into their land and to treat them like brothers. Through out scripture, the Israelites find themselves as refugees/immigrants in other lands (ie Egypt). We also see the parable of the good Samaritan and how Jesus treats the Samaritan woman at the well. I think it is wrong to deny immigrants entry to another country when they are simply trying to make a better life for their families. I actually think I have a solution to the economy and the immigration/amnesty problem, but that is another post all together.


Gun Rights: Mostly Conservative. I think there are plenty of restrictions on gun ownership and increasing them would not take guns out of the hands of criminals but infringe on the average citizens’ right to bear arms. That being said, I don’t think automatic weapons should be allowed sale to anyone and only military and law enforcement should have access to them. I also don’t find a need for any civilian to have a concealed weapon. I’m very anti-violence, but I also grew up going hunting with my dad and handled guns from a young age. I do not understand why some people have large collections of guns that they simply shoot at immobile targets, seems impractical and a little idolatrous to me (yet another post for another time.)


Economic Regulation: Liberal. I think tighter regulation would have prevented the economic mess we are in now. I believe capitalism breeds greed and corruption.


Global Warming: Conservative. I think global warming is a hoax that promotes a political agenda and a line of commercialism. Is the earth warming? Sure. Is it caused by human influence, there is no way to prove that. We haven’t kept weather records long enough to compare what is normal. The earth goes through cycles. The ice age wasn’t caused by pollution, neither is this.


Welfare: Moderate. I think welfare is necessary for struggling families. I think it is difficult to survive on minimum wage in this country. However I think it needs to be regulated because it is often abused. I also think that increased regulation would create jobs.

Health Care: Mostly Conservative. I used to be a big proponent of universal health care, until they actually created a plan. Universal health care as it currently stands seems to impose ideology on US citizens it also doesn’t seem to make much economic sense. I think health care definitely needed to be reformed but not recreated. Insurance companies should be subjected to regulations and ethical constraints and medicare and medicaid could also use some regulation. But I don’t think we can do away with them. I love two people very much who need these systems. My mother has Alzheimer’s and my nephew Down Syndrome, private insurance doesn’t begin to cover the care they need. 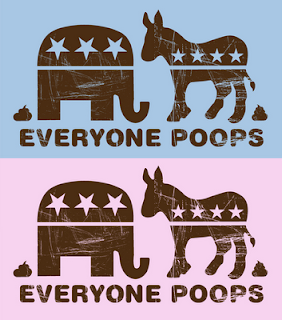 Death Penalty: Liberal. I think it is barbaric and should be done away with. Thou shalt not kill.


Evolution/Intelligent Design: Conservative. This issue has been quite a journey for me. I have a degree in biology, I was fully convinced of Evolution and God’s role in evolution. I believed in both. However, my wonderful husband challenged me on this belief and I prayerfully and studious delved a bit deeper. I think evolution is a theory and one with many holes that just doesn’t add up. It should be taught as a theory along with intelligent design.

So there you have it my confused, jumbled politics in a nutshell, albeit an awful large shell. Elections in this country as a Christian is not an cut and dry event. Actually they cause me some anxiety because it doesn’t seem that any of the people who run represent me and they certainly don’t represent Christ. The two party system doesn’t allow for unique thoughts on the issues and candidates must be lumped into one category or the other or be destined to vanquish away in the land of the independent third parties that always fail. Politics can’t possibly fit into two distinct categories, but somehow in this country we have done just that.

But at the end of the day none of this matters. I do not worship the god of politics. I know that we are led to believe that in these tumultuous, war filled, unstable times that politics and leaders affect our lives in huge ways. But they don’t affect mine. The waves may rage but I will not be tossed about hither and thither in the sea of life. I am steadfast in my faith in the Lord. I know that He cares for even the little sparrows of the sky and He will certainly take care of me. I refuse to live in the fear that perpetuates the airwaves, I live in the grace and confidence of Christ. He is my provider. He is my protector. My faith in this country of ours waivers with the changing news on the scroll at the bottom of the TV screen, but my faith in our Lord Jesus Christ is fast and strong. Politicians and worldly systems fail and break promises, my Father keeps His covenant promises and never fails. With Christ I can do all things. I’ve never been able to say the same about republicans or democrats.

PS I took a political spectrum quiz, here is where I fall. Click here to take the quiz yourself. Where do you fall? What politician would you want on your team in a WWF/WWE tag team wrestling match?